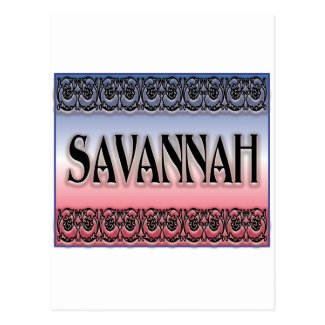 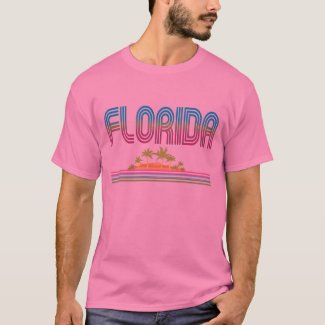 If you’ve stumbled upon this blog entry, I’m hoping you’ll further stroll down Memory Lane with me…come along to Atlanta circa 1985. Drinking age = 18.

I was very impressionable, and very exposed to the club scene in Atlanta and parts surrounding. I have to say, I thought it was artsy without meaning to be expressly so. It just sort of happened that way. Many creative people mixed a bunch of styles together and then an original, eclectic mix of bars and restaurants just “happened”.  At my high school, there was a strong punk scene, a goth scene, an Adam Ant contingency, and plenty of drama students (myself included), so even people my age were involved in the club scene. Ah, the dynamics of a lower drinking age – it certainly changed everything!

Let’s start with the more upscale North Atlanta around Perimeter Mall (includes Sandy Springs/Dunwoody). There was a “fern bar” scene where everybody ritually gathered after work – Bennigan’s, TGIFriday’s and this one place in particular called Élan. I remember there being a line for Élan. I remember eating and drinking there often. I can’t remember the decor, but I seem to recall cosmopolitan, maybe moderne. I can’t remember if it was a club, but I remember taking a group of people there. I think the building would be somewhere like an annex to the mall – haven’t been around in there in years, so I gotta go check that out.

Buckhead – OK, venture into Buckhead and you’re into the very upscale and cliquish bars scene. Start with the Peachtree-Piedmont Crossing shopping center…at the Limelight.

Back in the day, Buckhead boasted the world-famous “LimeLight”. That was seriously the craziest bar I’d ever seen. It seemed to have picked up where Studio 54 left off. There were live models tucked into grotto-like alcoves, and they would move every so often – like mannequins coming to life! People there wore bathing suits, body glitter, pasties, suits, ties, flowy post-disco dresses, popped collar Polos…anything goes, and everything went. Colorful tube lighting hung down from the ceiling. Famous people hung out there. Big teased hair and full-length mink coats were seen. The bars themselves were long and curiously lit. I seem to recall a lot of neon, but then again, it was the 80s so bright and tacky neon was the norm everywhere.

If you were there, you remember the 24/7 Kroger grocery store to the left of it, otherwise known as “Disco Kroger”. YES! I was there! The Kroger still stands today, although now it’s a “Fresh Fare”. Sadly, the Limelight is now a “World Market” – and yet, it always was…although I think they referred to it as a “Meet Market”….or more accurately, “Meat Market”!

There’s a book that’s been created by photographer Guy D’Alema who was obviously tapped into the scene, and it’s called “Limelight … in a sixtieth of a second” – check out a clip from YouTube:

There was a Penrod’s – another fern bar. Go here to read some reflections on “Gone But Not Forgotten in Atlanta” . I’m sure that thread has lot of memories.. Check out the Penrod’s ad on the lower left corner of this newspaper page:

elan – I remember waiting in line awhile to get in…

Do you remember Zazu’s (Midtown)?? OMG, the decor was amazing art deco, glamorous 1920’s style indoor and out. I remember the neon sign out front. Checkerboard. I remember two white ladies doing coke in the restroom! Ah, the 80’s. This screen cap is from “One Night In Buckhead” showing the neon moon out front.

Johnny’s Hideaway – still open and active! This place had the reputation of being where your parents went to dance/shag, and it was NOT for the young – I went there ONCE!

• No hats after 8 pm.
• No ripped or soiled jeans.
• Dress shorts only, no denim shorts.
• No flip-flops or sandals.
• No logo or printed shirts.
• No sweats or sweat pants.

Oh, how I wished I lived in Atlanta today, because I’d be all about the Sinatra Room!

Take a moment to read “The Party’s Over” (Fear of AIDS is changing sex in Atlanta. And the panic grows. 1987)

OMG, the “One Night In Buckhead” by Biff & The Buckwads song – I own the record! Here’s the video:

Paisano’s Italian Ristorante = a gorgeous Italian restaurant, somewhere near Perimeter Square mall…? I remember it being dark and cozy.

The 688 Club at 688 Sprint Street downtown – I remember seeing a few bands there, and although it certainly wasn’t a fern bar, this was a happenin’ place for music. Lots of post-punk and garage bands (this was considered ’emo’ in the 80’s)…singers were mumbling into mics, ripped jeans, safety pins in their ears, hair covering their faces. “During its brief lifetime, the 688 played host to hundreds of punk rock, new wave and alternative rock bands, many of whom would later become well known”. There’s an amazing “Lookback” photo gallery on the website – no longer an active nightclub, there is a website to highlight the legendary bar.

I just remembered: there was at least one “under 21” club in North Atlanta, but I can’t remember it’s name. I went in 1985/86 and I distinctly remember hearing “Weird Science” – quite the jam, then and now. I want to say it was mostly purple and blue, very dark, and I remember all the popular and dance music of that time. I personally thought the concept was great, but times have changed…not sure it would work now, and certainly not now in the age of COVID…does anybody remember? I’ll keep searching the archives…
I started this entry years ago, but it’s June 2021 and I’ll keep adding as I can remember details…there are many fun places to go back then, but those I probably never visited…stay tuned….

The Florida neon series has been very popular – thank you!

Congrats on an awesome tshirt purchase!

Like Loading...
John, I’m hoping the words don’t sit too low on the chest…although we’ll just have to see how this one turns out…