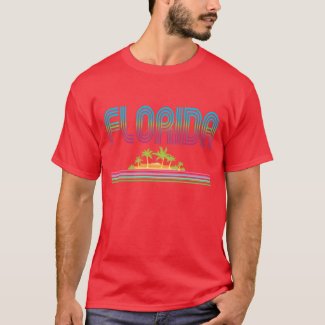 Looking for a Last-Minute Gift? Send a Gift Certificate!

Have I mentioned/complained that I have EXTRA WIDE feet and can’t find decent looking shoes, like ever?

I’m sending my complaint out, if I haven’t already, that there aren’t that many cool-looking shoes out there for wide feet, and even less for extra wide.

My feet used to be “medium” until I had a baby. I didn’t gain much weight, but the body changes, and it made my feet “wide”.  Even my hair got darker (but that’s another post). Since then, I spent many years on the phone doing IT tech support (that made my butt wider!), and more recently I’ve been a waitress, restaurant manager and a department store salesperson. My feet have pounded concrete, brick and marble floors until my foot bones and fat pads have stretched even wider, and now I have “extra wide” feet. It is what it is.

I’m now in the process of selling off my shoes. I have to do it so I can use those funds to buy shoes that do fit. I have a ton of shoes that I shouldn’t own anymore; I just can’t fit into them, but they’re barely worn. One cannot, and should not wear uncomfortable shoes, ever. I guess I was just hoping I could find a way to stretch them to make them work…? I don’t think anyone could stretch them wide enough – the integrity of the shoe would probably be compromised, and it would probably fall apart. But the good news is, barely worn shoes can be easily sold on Craigslist or on consignment!

I’ve found that ShoeBuy.com has a great selection of extra wide shoes. I can always find extra wides at Nordstrom and Zappos, so check there, too. And once you buy a pair of shoes from these places, if you get on their mailing lists (I know it seems annoying sometimes, but do it!), they’ll send you awesome coupons and codes so you can buy more shoes at great discount prices! And best of all, most do free shipping. Biggest tip – call in your order and tell the salesperson to make a note: PLEASE LEAVE PACKAGE AT THE APARTMENT OFFICE if you live in an apartment, or if you live in a house, have them put it someplace safe so the package isn’t left out for someone to steal. Just looking out for you 🙂

Elf on the Shelf Is a Wanted Person in Massachusetts: See His Mugshot

Wanted Person: Use Caution. Wanted in a “string”of ginger bread house invasions. Known to spread Christmas Cheer and a specialist in covert surveillance. Often seen hiding in high places. Do not approach and especially DO NOT touch as this is known to cause loss of magical abilities to report back to his jolly kingpin!

Or is it a Barbour coat??

You need one for your life. I already own the classic navy “Beadnell” – and the British pronounce it “BEED-null”. It’s named after an Eastern Coastal town in Northumberland, England where it apparently rains a lot.

Barbour coats were first made for fisherman who traveled and sailed all over, and obviously didn’t want sopping wet clothes – wax is a great protector from that. Quality Egyptian cotton is used for the coats which will be later coated with Sylkoil to protect them from moisture. The waxed jackets are waterproof, and the Barbour company has been issued three Royal Warrants (it’s a big deal, Google it!). All the British royals own them, probably several of them, and they’re considered “English countryside” style.

But why in the world have Barbour jackets become so popular in the United States in the past few years, when the rest of the world has known about them for decades? America, you’re a bit slow on the uptake 😀

Better late than never, it’s time to get with the program and buy a very practical “coat for life” (see video below). Yes, a Barbour coat is an investment piece, but you’ll wear it often, others will want to borrow it, and you’ll hand it down later. You’ll end up having your picture taken in it – I mean selfies, group photos, family gatherings….somehow, that dang coat will end up in more photos than you planned. And then your friends and family will buy them. And then you’ll notice people wearing them while you’re out. And then you’ll notice them when you watch TV or see them in movies. And you’ll see them in magazines…

I’m not a Yuppie, Preppy, or Hipster, but I love my Beadnell, and I highly recommend getting any Barbour jacket – even women buy men’s Barbours, so don’t be afraid to go try one on. It’s waxy when you first get it, but the crunchy doesn’t last long. Give it time to “settle out”. You should know that the navy is a dark, “inky” navy and it’s almost black, so if you’re going to pair it with some blues to match, you’ll probably want to take it with you shopping.

Side note – the Beadnell waxed is a “convertible”. It comes to you as a basic jacket, but you can buy a hood that snaps on, made of the same material as the jacket (yes, it’s waxed!). Also, the hood has a light wire frame inside around the ‘face’ so it has a slight structure to it. You can also buy a “liner” to zip in, adding a second insulating layer inside for warmth. It’s basically a vest within the jacket, keeping your core warm. Barbour makes them color coordinated, but you don’t necessarily have to buy them to match. I bought all navy, and even though the liner doesn’t have a collar to speak of, I wear mine by itself with a scarf – you don’t need a collar if you wear a scarf.

I don’t know if you’ve noticed that plaid is everywhere, although really, it never goes out of fashion anyway. The plaid, or tartan, prints that Barbour use are legitimately Scottish, because the Barbour name itself is from Scotland. The Barbour family has, as is tradition, a Scottish tartan pattern associated with their name, and they use the varieties of their particular tartans for use on their jackets – novel, eh? So there’s a tribute to their heritage, and they take pride in the manufacture of their clothing. They’ve been in business for over 120 years, and members of the family have been running the company for all those years. Currently, Dame Margaret Barbour is the company’s Chairman (interesting fact, she married into the family!).

Barbour also makes quilted jackets, and they’re fleece-lined, and very cozy. My favorite of those is the Beadnell quilted (fancy that!). It’s a little longer than the waxed version, and it’s worn best if it’s ‘slim fitted’ against the body for warmth. In other words, you may not need to layer much underneath it because it’s quite warm. It has the lovely hand warmer pockets like the original Beadnell, which is literally “handy”. OK, I’ll stop…

Barbour started out outfitting men, so of course, they have a full line of gear, and a full line of accessories. They even have an edgy “moto” styled jacket line for men – a collaboration with the well-known British motorcycle brand Triumph has yielded a great collection. Have a pup who needs a coat? Barky’s needs can be well-suited here.

Here are some websites to demonstrate how to style your Barbour clothing:

“A Forever Coat” – great close-up pictures of the Beadnell

How to style a Barbour jacket

How to wear a Barbour jacket (with floral/heritage print inside)

By the Barbour Company – “A Jacket For Life”

By the Barbour Company – “Behind the scenes of a Barbour original”

WHERE TO BUY A BEADNELL ON SALE:

It’s not always on sale, you just have to check…

And I recommend Nordstrom for two reasons: 1) their rewards program, because you get money back when you spend money there, and 2) their return policy is amazing, 3) their salespeople are very knowledgeable about the wear and care, and if you need help matching clothes and accessories, just ask.

Well, it’s October already…not too early to be thinking about getting your Thanksgiving and Holiday cards!

THANK YOU Stephanie – we have a Milford, Delaware connection…many of my relatives were born there!! Small world, indeed!!

This card was scanned from a gorgeous Victorian post card I have, and I thought it was so pretty that it deserved duplication…

Everything old is new again – celebrate St. Patrick’s Day year-round with these!